Mental Magic: "You Should Probably List Your House with a Realtor Instead" | Awesome REI

Mental Magic: “You Should Probably List Your House with a Realtor Instead” 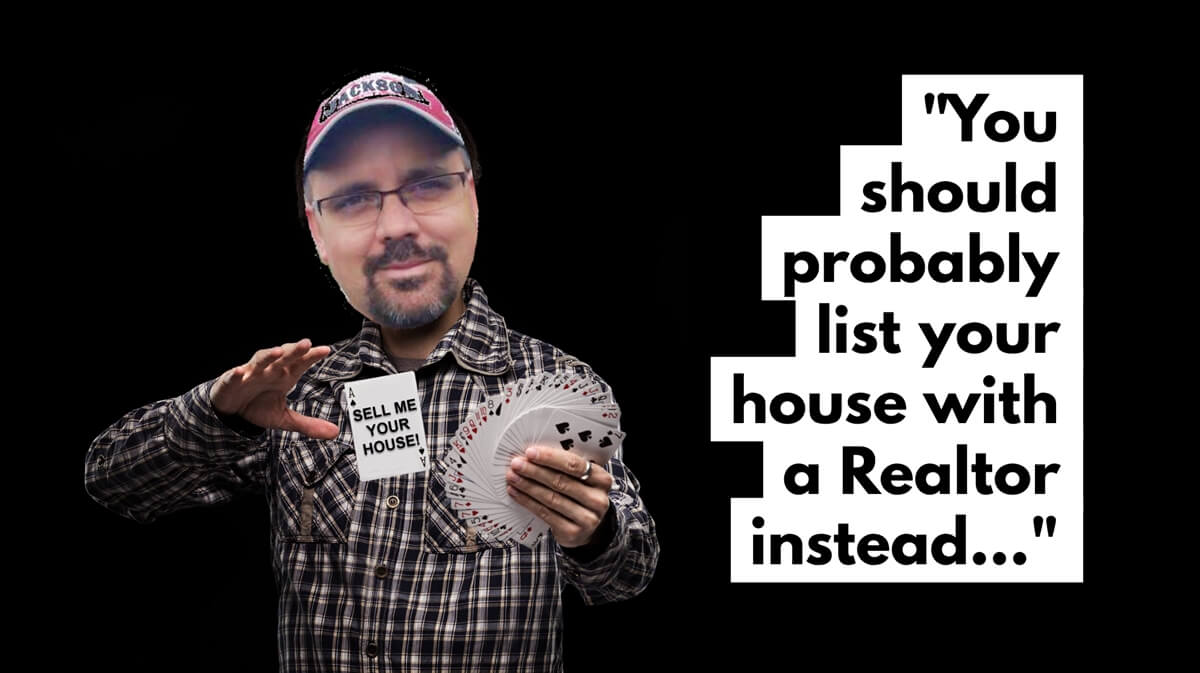 Things that make you go hmmmmm…

Quick setup: I recently shared a short-but-compelling conversation with Joe McCall kicking around an important topic right now in the US real estate investor arena: Is wholesaling real estate now illegal in Illinois?

In case you didn’t know already, a crazy, new law was just passed that has the U.S. real estate investing all abuzz because of some pesky, legal constraints applied to property wholesalers—and since laws passed in one state often tend to trend-set for other states, it’s something we’re all paying attention to, not just Illinois investors.

Well, right after that, we got another great question from an Illinois wholesaler nervous about the whole thing, and wondering—Could I possibly just skirt the whole issue by only doing deals remotely in other states instead?

As always, Joe’s answer was insightful and also led him to share to some of his best “pro tips” on the remarkable mental magic he routinely uses in his motivated seller conversations—It’s genius, I tell ya!

One of the biggest gems (for me at least) was hearing a very clever-yet-subtle tactic of suggesting they should just list their house with a Realtor instead of selling it to him.

You can hear all about it in our short video conversation below, plus answers to the other questions I started with above. And you really should!

Joe’s just got a natural gift for these kinds of things, but that doesn’t mean we can’t learn a thing or three to sharpen our seller conversations. You’ll hear it’s not what he says… but it’s how he says it that makes all the difference.

Other ingredients of our short conversation include:

What do you think about Joe’s mental magic here? Seem legit? Risky? Ever tried anything like this with a seller? Are you on board with this approach or not so much?

Would love to hear from you if you’d drop a quick comment to us below. Please and thank you! 🙂

(NOTE: Want to closer look at Joe’s awesome sauce? Take a look at our “deep dive” sessions with Joe (only 4 videos really) and learn more of his REI ninjery.)

The assignment aspect is where the legal angle is problematic ESPECIALLY if you ARE a broker
In my state you cannot say you are a buyer unless you personally planning to fulfill the contract, even if you resell the property the next day

(check your email inbox after submitting your info above)